Hospital Chiller & Cooling Tower Replacement: Welding On And Off Site 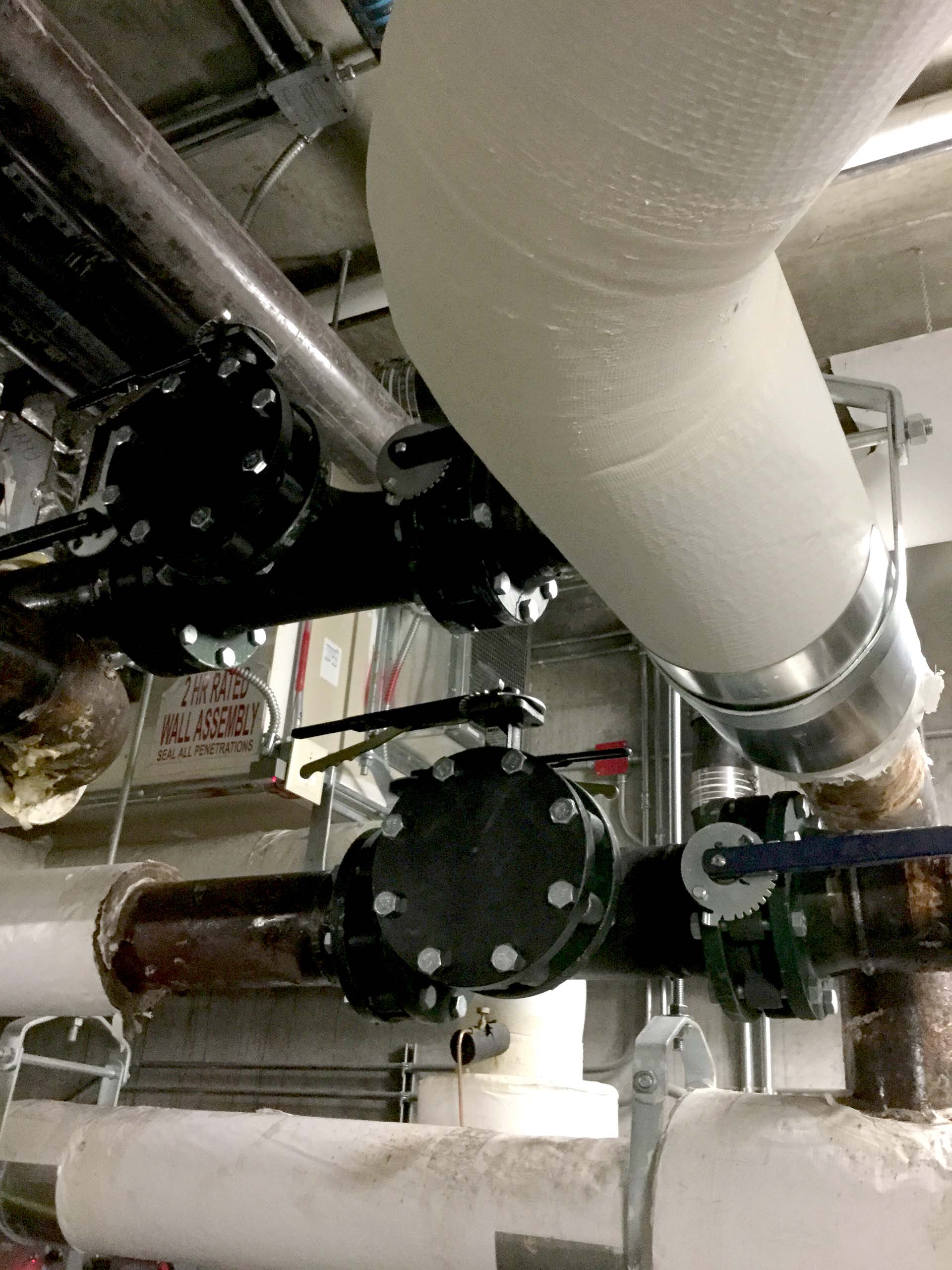 Prisma Health Baptist hired W.O. Blackstone to do a chiller and cooling tower replacement project. Recently, we had a shutdown scheduled to complete the valve work shown in these photos. This is a welded connection. Some of this work was done in place. While some connections were pre-fabricated on-site to save time. Welding and valves became the predominate method of construction with the perfection of arc welding methods in the 1920s. Up until that time, the material of the valve was a homogeneous material and all connections were either threaded or flanged.

The most prevalent and effective joint in piping systems today is the welded connection. It is used to join sections of pipe together, join flanges and fittings to pipe, as well as join butt-weld-end and socket-weld-end valves to other piping components.

Valves must have the proper end connections for a welded attachment. The two types of welded connections include the butt-weld and the socket-weld. The socket weld fitting is typically for smaller pipe diameters; 2-inch nominal pipe size (NPS). The socket weld connection is a pipe attachment in which pipe is inserted into a recessed area of the valve. The socket weld is easier to weld to perform because the pipe slips into a fitting which has a pocket of sorts to lay down the welding material. One or two passes is enough.

The butt-weld is more difficult. There is no socket alignment and the ends of the pipe and the valve must have matching bevels. They must also remain aligned perfectly. The initial welding pass is called the root pass. This requires skill and practice to perform accurately. The root pass is followed by subsequent passes until the weld is complete.

Welding has a great long term future and we will see welded connections for valve and pipe connections for many years to come. WOB has a strong team of welders/pipe fitters to tackle any valve job or pipe fitting job.

Serving ALL OF SOUTH CAROLINA SINCE 1937.